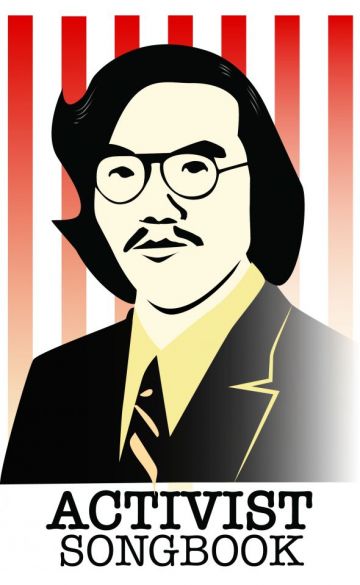 Activist Songbook is an ongoing performance project creating 53 new songs and raps to counteract hate and energize movements. Composer Byron Au Yong and lyricist Aaron Jafferis interview Asian American activists, immigrants and refugees, asking: What are the sounds your movement needs that do not yet exist? How can we work together to create these songs?

Activist Songbook will be composed of an “Illuminated Manuscript” that contains all 53 songs written over the course of the project, workshops with New Haven songwriters to compose “the 53rd song” in the series, Virtual Choir performances of songs from the repertoire, and a small series of “live engagements.”

The interplay and interaction of these components are geared to connect the New Haven activist community with the larger national conversations surrounding activism, as well as building a platform for awareness of both the work and the issues in play.

Raise your voice with the Activist Songbook Virtual Choir!

Activist Songbook honors organizers and organizing through collective music-making. Material emerges from interviews with individual organizers to engage communities. Activist Songbook Virtual Choirs, made up of musicians and non-musicians, record songs from the songbook repertoire and perform together from the safety of their own homes, led by Activist Songbook Chorus Director Stephanie Tubiolo (Associate Director of Choirs at Princeton University).

A total of five videos will be created, and singers of every level are welcome. With a single Zoom rehearsal under their belts, performers use guide tracks to record their parts separately, singing along and improvising.

Want to get involved? Join our next Virtual Choir by registering below. Questions? Email activistsongbook@gmail.com.

Byron Au Yong was born to Chinese immigrants in Pittsburgh and raised in the Pacific Northwest; his upbringing informs his dedication to creating events where the American Dream and sustainability play vital roles. Au Yong holds degrees from NYU, UCLA and the University of Washington; he has been artist-in-residence with numerous organizations, including the International Festival of Arts & Ideas. He is the recipient of a Creative Capital Award and Time Warner Foundation Fellowship. He teaches in Performing Arts and Social Justice at the University of San Francisco. 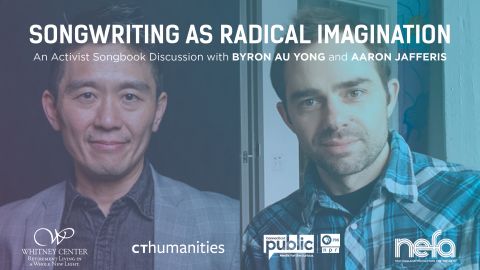 Joined by Activist Songbook Composer Byron Au Yong and Lyricist Aaron Jafferis, a panel of artists/activists will discuss music and its role in activism and democracy. 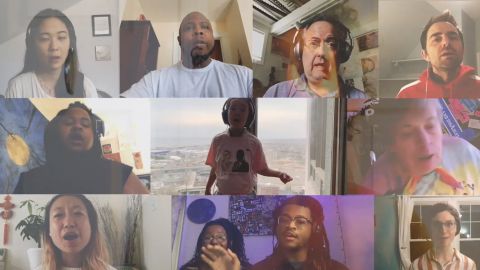 Virtual Choir #1: "We Will Break Free"

Based on the true story of Masaru Edmund Nakawatase, this song emerges from the freedom work of Japanese Americans who were born in WWII incarceration, came of age in the Civil Rights Movement, and are fighting to end migrant detention and incarceration today. 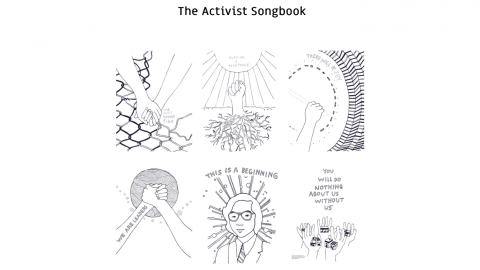 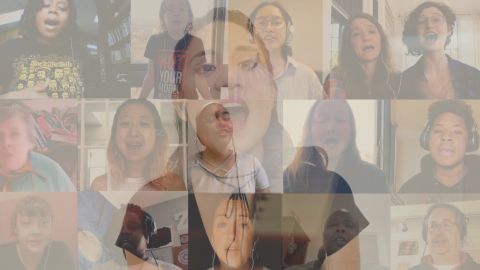 SURVIVAL IS RESISTANCE springs from the words of Philadelphia-based Hmong artist and activist Kao Kue, with additional inspiration from Boone Nguyen and Carol Zou. Their work speaks of the infinitely creative ways individuals, families and peoples survive in the face of oppression, and how culture--especially song--carries life and resistance through generations. 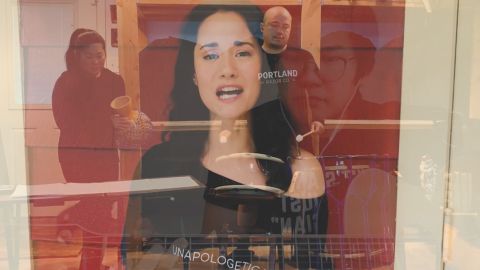 Virtual Choir #3: There Will be Joy

There Will Be Joy is inspired by the words and actions of PJ and Roy Hirabayashi, pioneers of North American taiko and founders of San José Taiko. The song pays tribute to the Asian American activists who inspired PJ and Roy, and celebrates the intersection of movement, liberation and joy that infuses their organizing and their music. 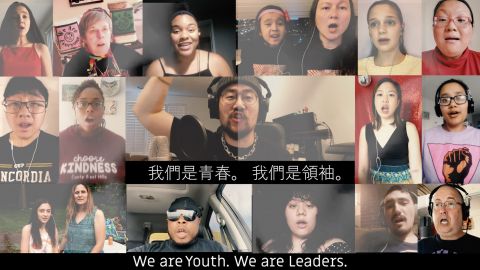 Virtual Choir #4: We Are Leaders

We Are Leaders is inspired by Wei Chen and the students of South Philadelphia High School, who took a stand against anti-Asian violence, working with Chinese, Vietnamese, and Black student leaders to create lasting change in the system. By refusing to stay silent, these student leaders demonstrated that every time we come together, we win.
watch video 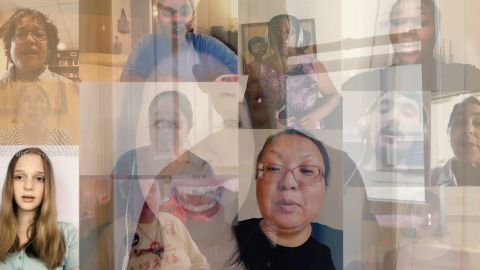 Virtual Choir #5: This is a Beginning

This Is A Beginning is inspired by the work of Lily Chin, who started a movement in response to her son's murder by white Detroit auto workers. Vincent Chin’s murder in June of 1982 was a turning point for the Asian-American community. By refusing to let her son’s death be invisible, Lily Chin sparked a movement that inspired civil rights protests and organizing across the country. 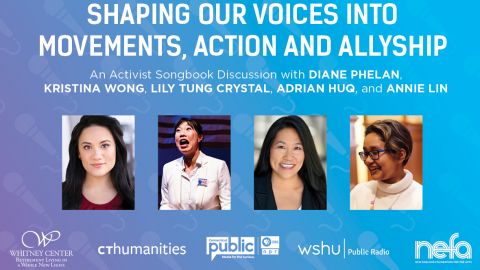 Shaping Our Voices Into Movements, Action and Allyship

Join the Activist Songbook team as fellow artists and activists discuss how we can raise our voices to become agents for social change and what People of the Global Majority (PGM) allyship looks like. 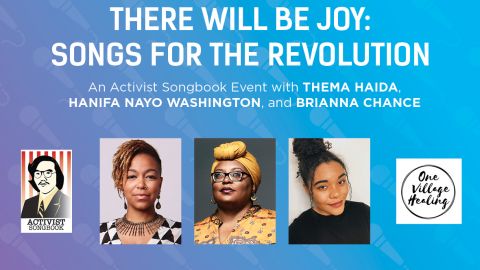 THERE WILL BE JOY: Songs for the Revolution

Raise Your Voice! Join Activist Songbook and One Village Healing for a virtual and freely offered community gathering for folx looking to enhance their activism and resilience with the practice of collective song and mindfulness. This collaborative gathering will be a special feature as part of OVH’s Sunday Circle.