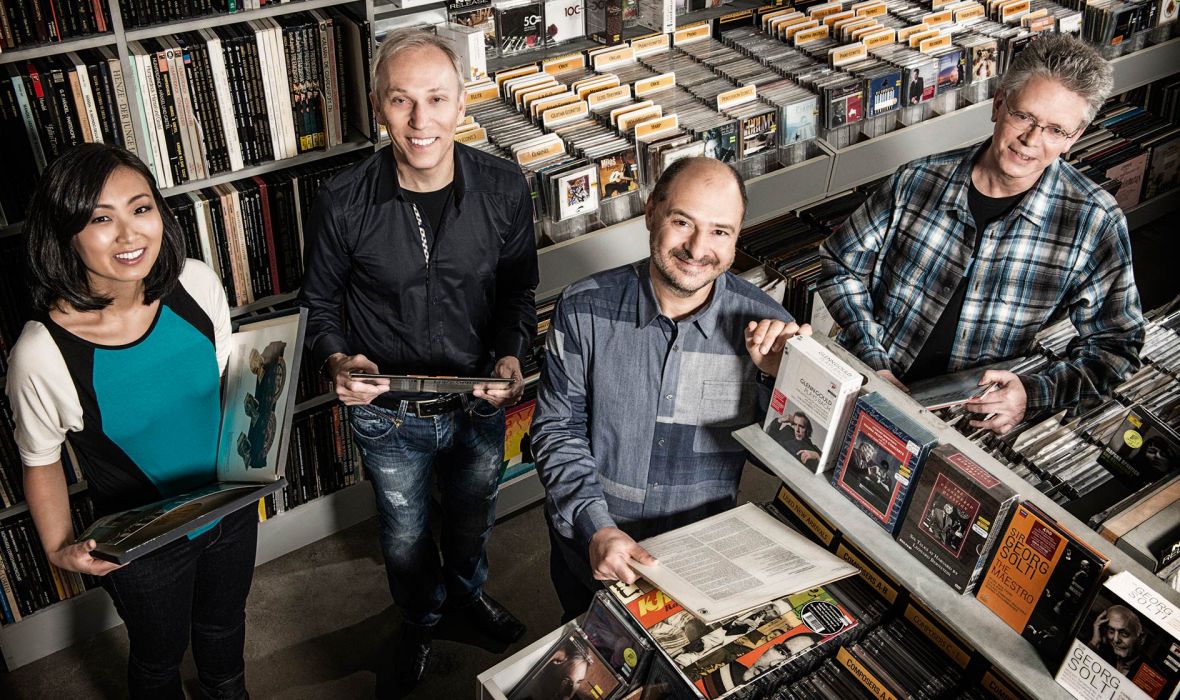 Kronos’ current lineup includes violinists David Harrington (founder) and John Sherba, violist Hank Dutt, and cellist Sunny Yang. As a quartet, they strive to fearlessly explore new musical territory, dedicated to reinventing the string quartet format with every piece. They have become one of the most praised ensembles of today for their expansive recording repertoire, touring history, and collaborative endeavors. Kronos has earned more than 40 awards, including a Grammy for Best Chamber Music Performance in 2004. They reimagine the works of 20th-century masters, contemporary composers, jazz legends, rock artists and even more.

On August 28th, 1963, when Martin Luther King, Jr. was two-thirds of the way into his speech at the March on Washington, Mahalia Jackson shouted from behind the podium, "Tell 'em about the dream, Martin." King set aside his script and began to improvise the speech's most memorable passage of “I Have a Dream”, thanks to Jackson, widely regarded as the Queen of Gospel.

David Harrington heard about this historical moment on the 50th anniversary of the “I Have a Dream” speech in 2013 and started brainstorming a way to musically retell the story. Harrington discovered Oakland-based composer Zachary James Watkins, known for his duoBlack Spirituals, whose emotive improvisation serves as a vehicle for African-American resistance music. Watkins’ academic background and praised work with Black Spirituals led to Kronos’ collaboration with him on Peace Be Till, which debuted at Carnegie Hall on January 19th of last year.

“When you start adding things up, Martin Luther King surrounded himself with musicians," Harrington mused, referring specifically to Mahalia Jackson and also Clarence Jones. Jones was not only King’s personal lawyer and speechwriter; he was also a trained clarinetist who studied at Julliard. He had been particularly impressed by the musical qualities of King’s resonant voice.

Watkins interviewed Jones to listen and gather musical inspiration from his own emphatic voice and natural tempo. Jones’ first impression of King is featured in the piece: “Never had I heard any human being on two legs with a voice—never, never, ever had I heard anyone speak like that! It was mesmerizing! It was spellbinding." He described King’s speeches as "a symphony of social justice". Built on Martin Luther King Jr. and Clarence Jones’ powerful voices, Watkins’ composition was drawn from the inherent musical qualities of speech and how they affect people emotionally. Peace Be Till memorializes King and his amazing ability to empower the masses to demand justice while bridging America’s history of oppression to the subjugation of the present. Find out more about Kronos and Watkins’ collaboration >

The program at this year’s festival also includes a celebration of the music of political activist and American folk music icon Pete Seeger. Seeger was one of the largest contributors to folk music in the last century. He formed the anti-war Almanac Singers in 1940 (in which Woody Guthrie was a member) and later the Weavers, remembered for songs like “On Top of Old Smoky,” “Goodnight Irene” and “Wimoweh” (otherwise known as “The Lion Sleeps Tonight”). Seeger released several albums as a folk singer. He was overtly dedicated to the peace movement as well as a number of environmental issues. Seeger was resolute in following a folk singer’s path to spreading the word and getting the audience singing along. Learn more about Pete Seeger’s impactful life >

Don’t miss these unparalleled musicians when they come to New Haven this month. Get tickets and more information here >