Home Festival Blog From Our Couches to Yours: 4 live shows to watch from home this holiday season 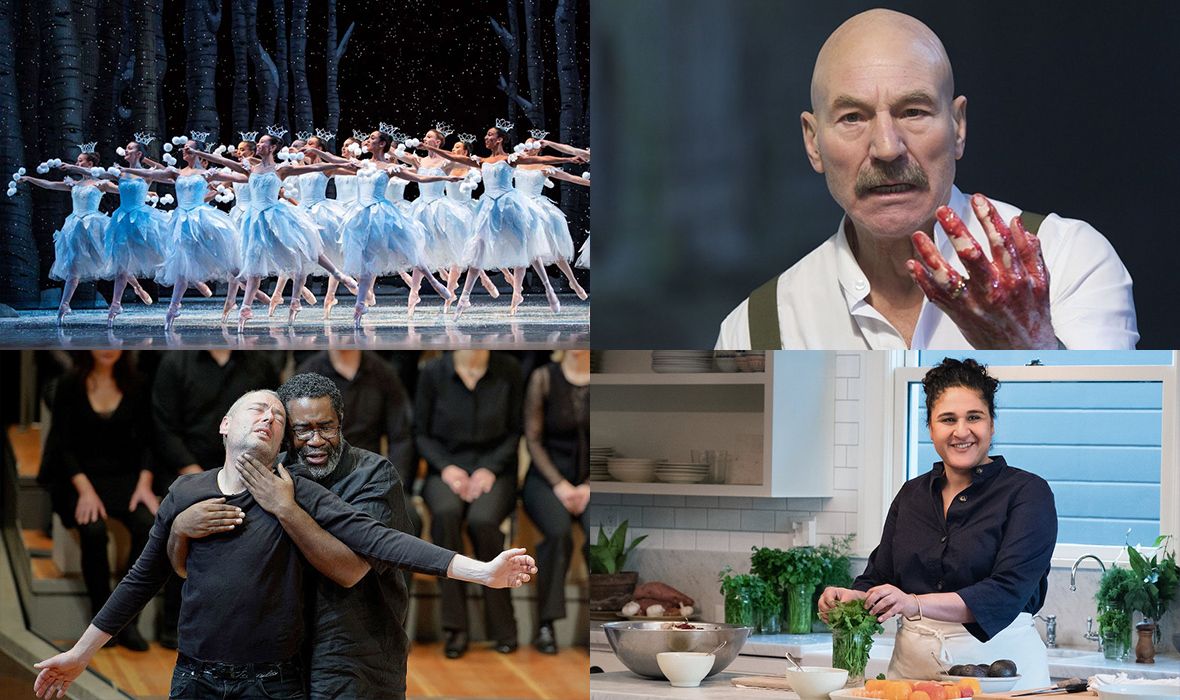 From Our Couches to Yours: 4 live shows to watch from home this holiday season

During the winter months most people at some point say to themselves “I’d rather stay in.” As live show and performance arts enthusiasts you might think we would warn you about missing out, but we have the perfect compromise. So throw on your favorite fuzzy pajamas, grab a cup of hot cocoa and settle in. Here is the official staff list of best live shows that you can stream right to your living room.

As the Holidays approach, performances of the Nutcracker resurface. But, not to fear dear homebodies, Amazon Prime has you covered.

This recommendation comes from Brian Nekoloff, the Festival's Major Gifts & Individual Giving Manager and resident Nutcracker enthusiast, who has performed the ballet seven times this year as an instrumentalist with the Norwalk Symphony Orchestra and as a dancer with the New Haven Ballet at the Shubert Theatre!

“What makes this version special is that it is so different from the well-known Balanchine version," Brian says. "The colorful holiday classic features costume and set design by famed children’s story author and artist Maurice Sendak.”

For those, like Brian, who cannot get enough of the Nutcracker, it does not end there. Amazon Prime also has a documentary, Getting to the Nutcracker, that goes behind the scenes to find out what it takes to produce the ballet. Journeying with young dancers and members of the production team, this film highlights the passion and dedication that is essential for a successful show.

On the opposite end of the spectrum, for Disney and fantasy lovers, Amazon Prime also has The Nutcracker and the Four Realms. Though it strays from the traditional Nutcracker, the producers created a role specifically for American Ballet Theatre’s Misty Copeland in order to incorporate the skilled ballet that is expected of the classic. Perfect for those introducing children to the story of the Nutcracker.

You can’t make a list of performances without some Shakespearean influence. Eddie Chase, the Patron Services Coordinator, adds Macbeth (2010) to the list.

“The aesthetic direction is chilling, the performances electric, and it’s probably my favorite interpretation of the witches I’ve ever seen," Eddie says.

Set in a bunker in the 1960s, even though this film brings in more modern day issues and nuances, the dialogue mostly sticks to the script creating a perfect homage to William Shakespeare himself. It is available for free with a library card at kanopy.com.

Travel, cuisine, and culture come together in a Netflix television series Salt Fat Acid Heat. This American cooking documentary series stars Samin Nosrat, and is based on her book Salt, Fat, Acid, Heat: Mastering the Elements of Good Cooking.

“I LOVE the Netflix documentary on Samin Nosrat’s SALT FAT ACID HEAT," Co-director and Director of Development, Tom Griggs, says. "It is so well done, approachable, and funny--and it makes me think I can speak Italian, just like Samin!”

She travels to Italy, Japan, Mexico and more.  Throughout her travels she learns about the traditional foods of each culture and adds her own flair. It is considered a unique take on culinary television and is praised for the high proportion of women involved. It emphasizes the idea that good food can be found anywhere and changes the norm of who we see cooking and critiquing food on TV.

We could all use a little of that passion and inspiration to keep us warm on cold winter days.

Fans of the classical will be thrilled to see that our Director of Programming, Bobby Asher, has added the music of Johann Sebastian Bach to the list. Produced by Simon Rattle and Peter Sellars, “St Matthew Passion,” explores the music of Bach. The original version was created in 1727 as an extensive double choir setting of choir and orchestra. Peter Sellars adds visual intrigue to the concert with his staging, refreshing the piece for audiences in the 21st century.

“This beautifully simple staging of Bach’s St. Matthew Passion is one of the most incredible moments of live performance I’ve ever seen," Bobby says. " The music is impeccably performed, and Peter Sellars’ movement reveals the emotional heart of the text.”

This rendition and more can be found, free of charge, on the Digital Concert Hall. Also available are interviews with chorus master Simon Halsey and staging director Peter Stellars. Whether you are a classical music lover, documentary enthusiast, or a fan of chilling thrillers we have you covered. We hope you stay in now so you can get out later, to community festivals, concerts on the green, artist talks and more.