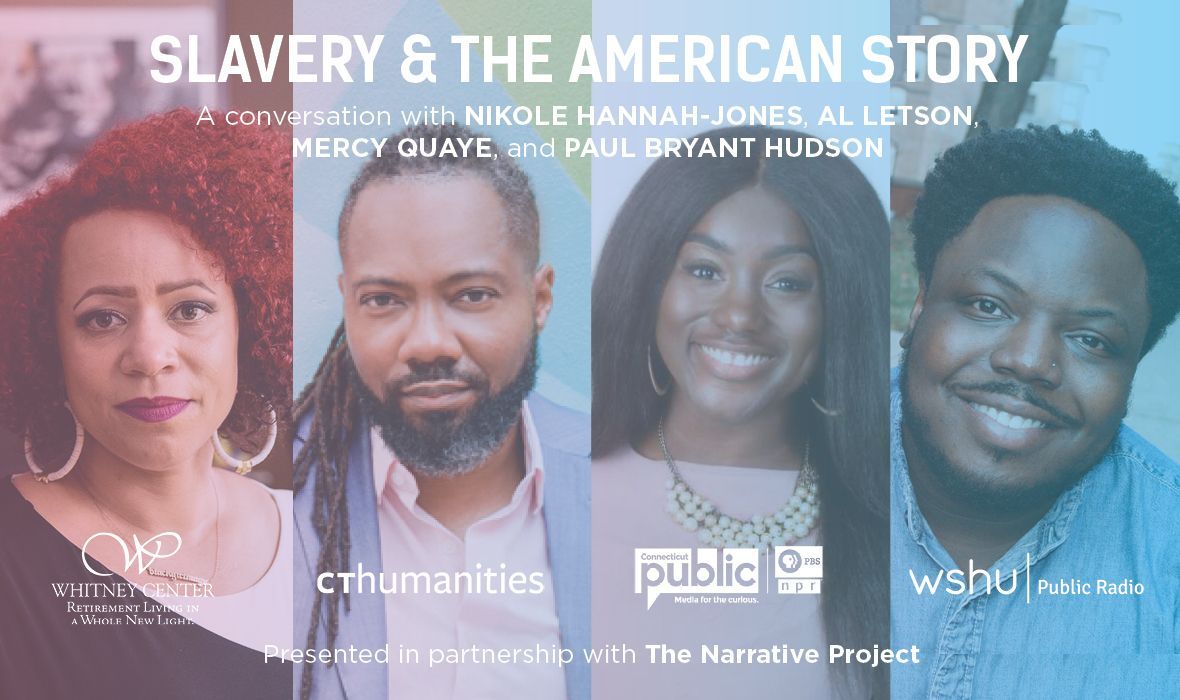 I had the utter pleasure to chat with local musician and composer Paul Bryant Hudson about his role in the upcoming panel ‘Slavery and the American Story.’ I also had the privilege of picking his brain about the role of history, the arts, and the role of stories in shaping our reality.

For those that haven’t met you yet, who are you?

I’m Paul Bryant Hudson. I’m a musician, singer-songwriter,  and composer. I’m New Haven born and raised, and a dad, and an active and invested community member.

How would you describe your music?

What’s your relationship to history in your music?

I spend a lot of time interacting with how the history of music has impacted and inspired the way I create and how I view the world as a creative and as an artist. I also spend a lot of time and energy resisting or trying to undo the impact of white supremacy and white normativity in creative cultures and what that has done to the industry and to the culture of black music making and art.

Your upcoming panel is entitled “Slavery and the American Story”- how would you redefine “the American story” if you could?

I think It’s important to be up front right now about the current moment and the way these things land now as opposed to how they would have landed a few months ago. Everything takes a different meaning.

I do also want to be sensitive to the fact that the folks who are on the panel with me are folks who have spent more time than me putting language to this-- my medium is made of a different thing.

I don’t feel a strong need or urge to rewrite the American story necessarily- the power of narrative and the power of recorded history is what it is and has done what it’s done. The thing I’m most interested in are all the parallel stories that exist. To me those stories are more significant than any existing American story.

I appreciate the telling of stories that have been told in black communities especially that are currently interacted with as ‘new’ information; the lineage and the cultural fabric is real and tangible, but the attention and interest from white folks is a fairly new thing.

How do you see the role of the arts/music in social change?

Telling the story and narrative is important-- it’s what creates our reality. I’m conscious of American history as it exists and how it’s been told, and that narrative exists in White Supremacy, and it’s the cause of the current discomfort we’re feeling.

I think art and music are essential in solidifying history-- artists and musicians, and creative thinkers in general, are the minds who chronicle these times. They tell these stories in universal languages, and they deliver in whole sentiments that otherwise wouldn’t be communicated.