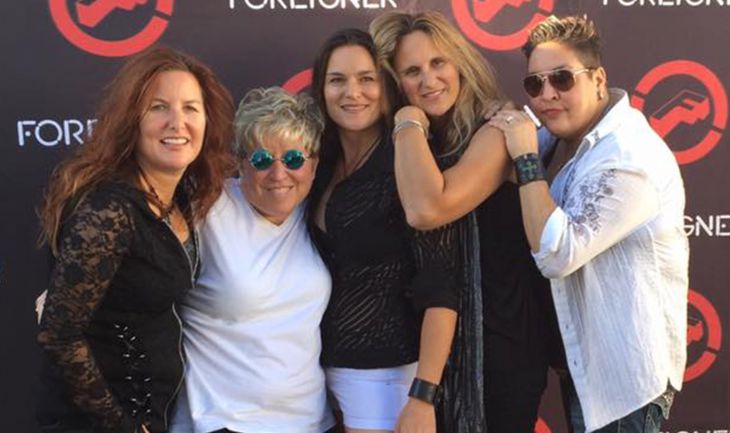 The New England based, high energy, all female, original/cover band Sister Funk has been sharing stages with chart topping headliners like Foreigner, Melissa Etheridge, ZZ Top, B52s, Taylor Dayne and The Pointer Sisters for over a decade.
Their funk-rock influenced brand of commercial pop has been described by The Advocate as “fresh, feel good, music with an edge”. Tracks off their 4 indie releases have been nominated and won many distinguished awards: New England Music Awards Best of CT, Advocate’s reader’s poll Best Funk, Best Rock and Best New Band, RightOutTv awards Best Rock; and recently they signed synchronized licensing deals with MTV, Bravo, NASCAR, and the Discovery Channel/TLC for use of their music on hit shows like: The Real Housewives, Keeping Up With The Kardashian’s, Cat Fish and more.

Their latest full length CD release, Therapy Sessions which features Michael Antunes (from John Cafferty and The Beaver Brown band) was produced / engineered by Phil Greene who throughout his career has over seventy million in record sales and worked with national acts like The Rolling Stones.

"You need to see them live, the synergy is contagious", according to OUT magazine. Experience Sister Funk for yourselves! No show is ever the same and you are guaranteed to get caught up in their vibe.