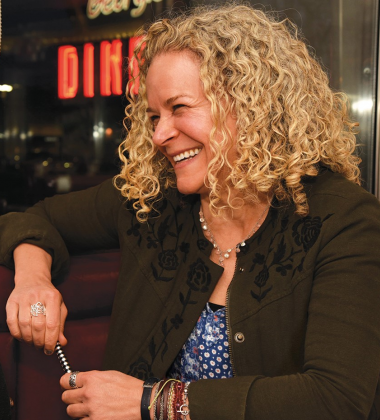 Lara Herscovitch will be playing solo, featuring songs from her new album, Highway Philosophers (unless you have specific requests from any of her other earlier albums). Connecticut Public Radio host Colin McEnroe observed, "Lara reminds us that music can be heroic when it springs from a strong heart. Walt Whitman would recognize his own soul in her expansive American vision, and there really is no higher compliment I can pay an artist."

Herscovitch is singer-songwriter-performer gem. Described in The Boston Globe, she brings “a luminous voice and buoyant stage presence… big-hearted lyrics embrace the sum of life… Herscovitch’s music blows on the embers of a lagging spirit...” Sound Waves Magazine described her music as “expertly written prose… songwriting at its best… good for your ears AND your soul.” Acoustic Live in NYC added, “She possesses not only a huge reservoir of musical talent and a voice with a bell-like clarity, but a keen sense of global concern and a fierce intellect... might seem too good to be true, but true it is.”