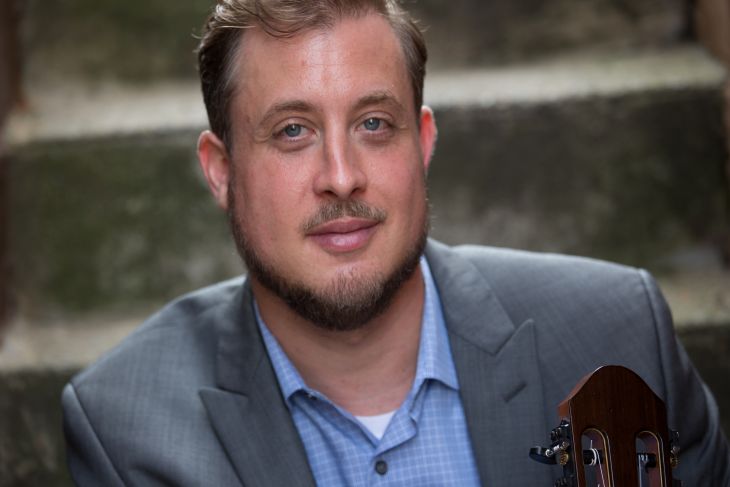 Classical guitarist Sven Rainey will perform a set of his favorite pieces by the Romantic guitar composer J.K. Mertz. The music is rhapsodic, virtuosic, and well-suited to a small concert gathering. Enjoy a performance of this charming and appealing music!

Sven Rainey is a doctoral graduate in classical guitar, whose past performances include degree recitals, the Hartt School’s Evening with Guitar Series, Leo Brouwer’s 80th Birthday Concert, and the West Hartford Shakespeare Festival’s Love’s Labour's Lost. In addition to performing, Sven serves as the Educational Director for Connecticut Guitar Festival and has a thriving studio at the Suzuki Schools of Westport and Orange. He directed the school’s Carnegie Hall guitar ensemble performance in 2015 and his students perform in the school’s Honor and Concerto recitals.