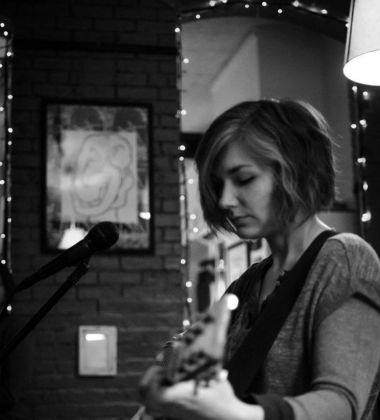 Olive uses guitar, cello, and voice to create sacred space while performing original and cover songs. Olive is frequently joined by Jesse Tiger on the violin.

Olive of Olive Tiger is a multi-instrumentalist singer-songwriter combining elements of folk, rock, classical, and indie music to create a voice all her own. Olive combines cello, guitar, and voice in dynamic and honest explorations of human experience. Olive Tiger as a band released their first album "Until My Body Breaks" in 2016 to acclaim, receiving an Artist Excellence Fellowship Award from the Connecticut Office of the Arts in 2018.