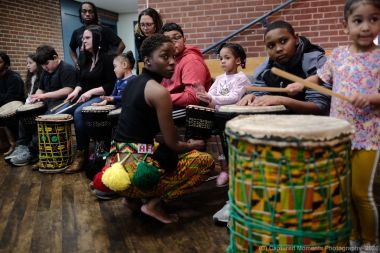 African drumming for all levels, ages, families, and children. Come join Brother Jarawa as he shares his love and knowledge of percussion instruments from the African diaspora.