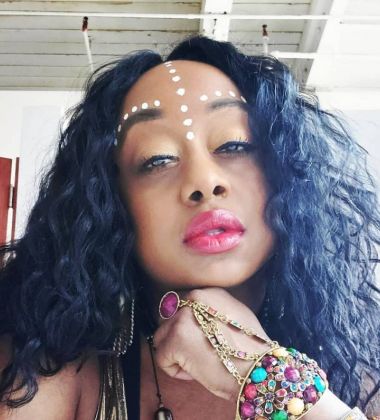 A high energy workout that follows a Zumba workout style while learning AFROBEAT DANCE MOVES. This class promotes losing weight, increases stamina, widens flexibility, and improves your knowledge of Afrobeat movement. While adults will enjoy this class, children are invited too! Weights or resistance bands are recommended. (If you have them)

Tamara Jones is a dancer and choreographer in New York. She has been a member of several different dance companies. To name a few, her longest dance career has been with Harambee Dance Company and Umoja Dance Company. Throughout her dance career, Tamara has had the opportunity to perform on many stages and venues. Those stages include Symphony Space, Brooklyn Academy of Music (BAM), for Essence Magazine Events, Summer Stage, the International African Arts Street Festival, New Jersey Performing Arts Center NJPAC, and Broadway Dance Center’s Tribute to Savion Glover 2005. Tamara Jones also choreographed Jona Briddle, “The Jonah Show,” Tribute to hip hop pioneer and Brickhouse Studios Founder Kelly Peters at AlvinAiley Citigroup Theatre. This class incorporated African Dance for his travel team the “Boss Kids.” In 2020, she is also a featured dancer in the Grammy Award Singing artist Angelique Kidjoe & Bass Player Michael Olatuja's collaboration ""Lagos Pepper Soup.""

Tamara Jones has also explored a career in acting as she was a dancer in the Indi Film “The Magnificent Cooley T,” starring Jackie Long and Tiearra Marie released Spring 2016 produced by Steven Leeds. She was also in “A Meyers Christmas,” Movie produced by Will Packer and directed by David E. Talbert (2017) as a praise worshiper in the church scene. She also has explored reality TV and she is seen on television shows such as ""Black Ink Crew"" and Dr. Oz.

Ms. Jones spreads her passion for dance as she currently teaches West African, Tap and Hip Hop to ages 6 and up. Presently she is a Sub Traditional African dance teacher at Broadway Dance Center, Sub teaches Afrobeats at Peridance, and teaches Afrobeat Fusion at Ripley Grier Studio and Cumbe: Center for African & Diaspora Dance. Join her as she spreads her passion for dance in the tri state area and beyond.