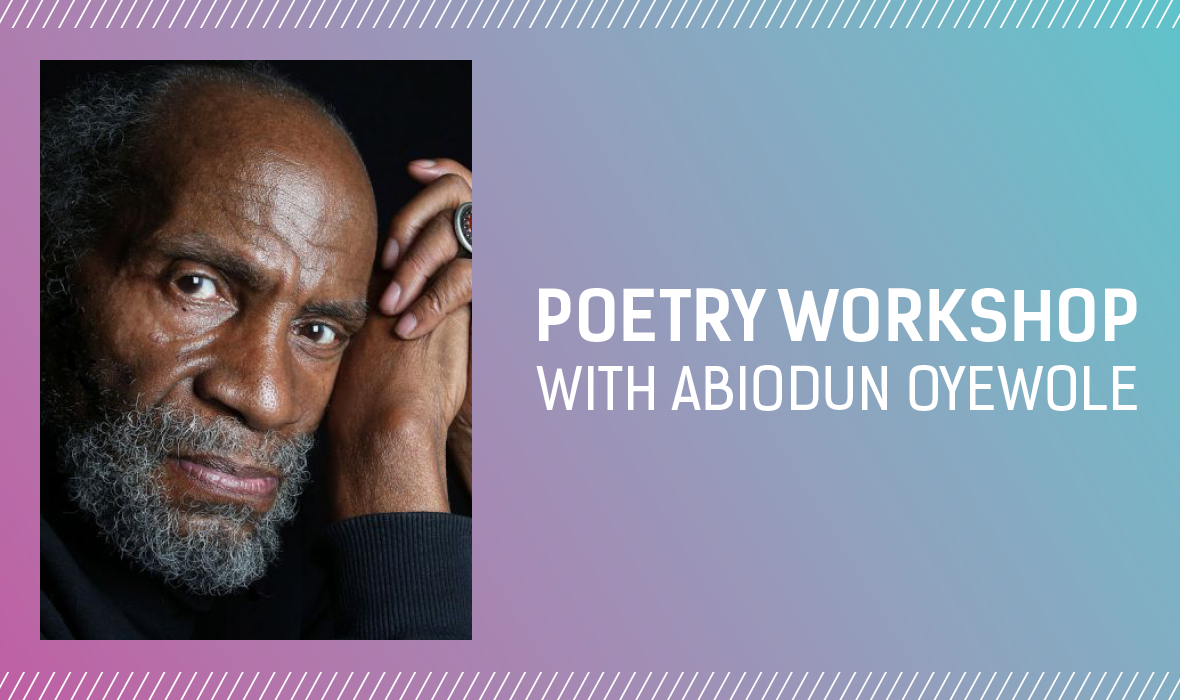 Come to the Park of the Arts to learn the ins-and-outs of poetry from founding member of the Last Poets, Abiodun Oyewole! This group, responsible for laying the groundwork of hip-hop, combined music and spoken words in the midst of the Civil Rights movement in the 1960s. This workshop will help you craft your own words and find your own voice while learning from one of the greats.

Watch Pelorinho, a song written and performed by Abiodun Oyewole.

ABIODUN OYEWOLE is a poet, author, teacher, and a founding member of the American music and spoken-word group The Last Poets, which laid the groundwork for the emergence of hip-hop. During the course of his fifty year career and his long affiliation with The Last Poets, Oyewole is one of several poets credited for liberating American poetry by creating open, vocal, spontaneous, energetic and uncensored vernacular verse that paved the way for spoken word and hip-hop. He has dedicated his craft to retro-acting the perils of poverty, racism, and uplifting his people.

Over the years, Oyewole has collaborated on more than a dozen albums and several books. The Last Poets (with Umar Bissan) would record Holy Terror (1993), The Time Has Come (1997), Understand What Black Is (2018), and Transcending Toxic Times (2019). With all the work Oyewole has done, perhaps his greatest legacy is “Sundays @ 110,” where every Sunday for the past thirty years he has opened his home to feed his fellow artists with food for thought, body and soul. During these sessions, he critiques, shares life experiences and a love of poetry with poets, writers and musicians from around the world.

Park of the Arts