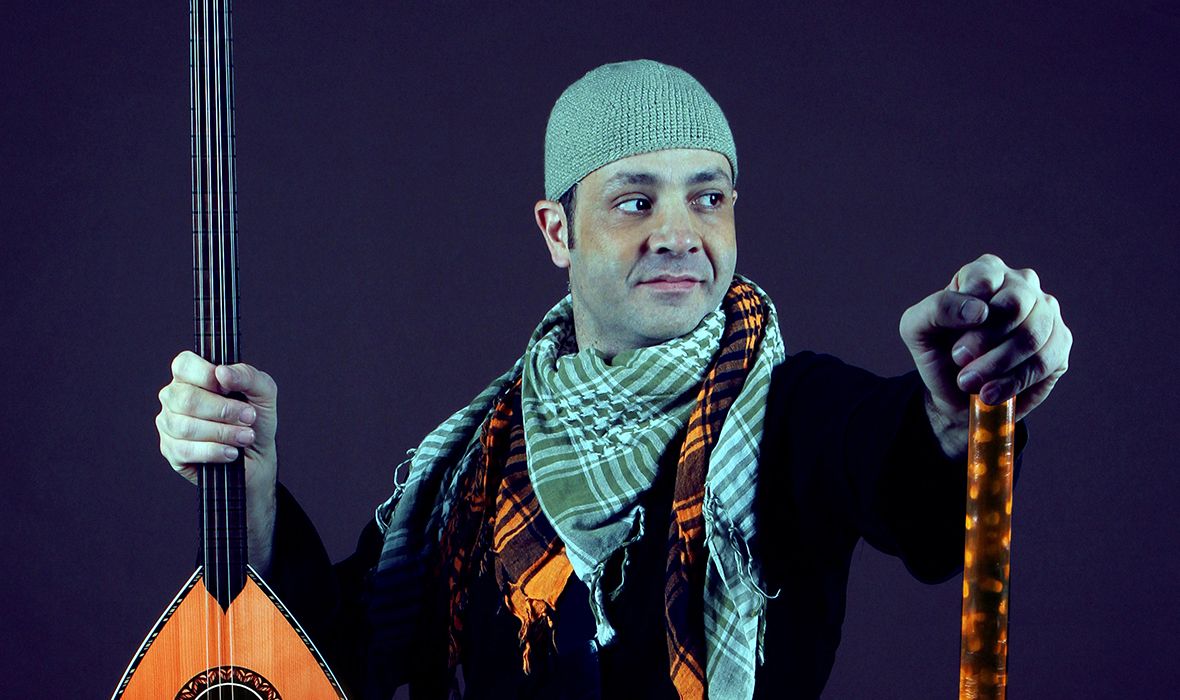 In partnership with Arts for Learning CT

Karim Nagi, a native Egyptian musician now based in Chicago, has spent the last 30 years teaching Arab music and folk dance to audiences throughout the world through his musical project Arabiqa. “Through music, costume, dance and folkloric tales, I want to give an alternative view of the Arab world beyond the political,” he says (Connecticut Post).

Karim Nagi is a native Egyptian now based in Chicago. For the past 30 years he had been touring the globe to teach and perform Arab music & folk dance. His Arabiqa performance has conducted assemblies in over 400 schools. He has authored dozens of instructional videos, conducted workshops and given lectures. His TEDx Talk “The Tambourine, My Partner in Diplomacy & Disruption” illustrates how he uses music to advocate for his culture and counter xenophobia.

Founded over 40 years ago as an affiliate of Young Audiences, Arts for Learning Connecticut has remained a leading provider of arts in education programs in the state. Our staff of four and roster of 70+ teaching artists serve 150,000+ PK-12 students in over 60% of Connecticut’s towns annually. We work primarily in schools—and also in community centers, libraries, and other civic institutions—offering performances, workshops, residencies, and professional development. Our work spans the creative spectrum—from spoken word poetry and contemporary visual art to classical Kathak dance and improv theater. Our diverse roster of teaching artists is reflective of the students we serve.

At its core, the problem AFLCT works to solve is the fact that many students throughout Connecticut are underserved—and underperforming. In a state with the greatest income inequality in the nation and a deep-rooted and seemingly intractable gap in educational performance between those with and without socioeconomic means, educators and administrators struggle to find resources and programs that can make a difference for young people. In the face of extraordinary financial, human resource, and—of course—health challenges that have had an outsized negative impact on schools, students, and families, we believe our role is to provide effective, efficient, inspired programming that leverages diverse resources to provide critical learning opportunities for all students.