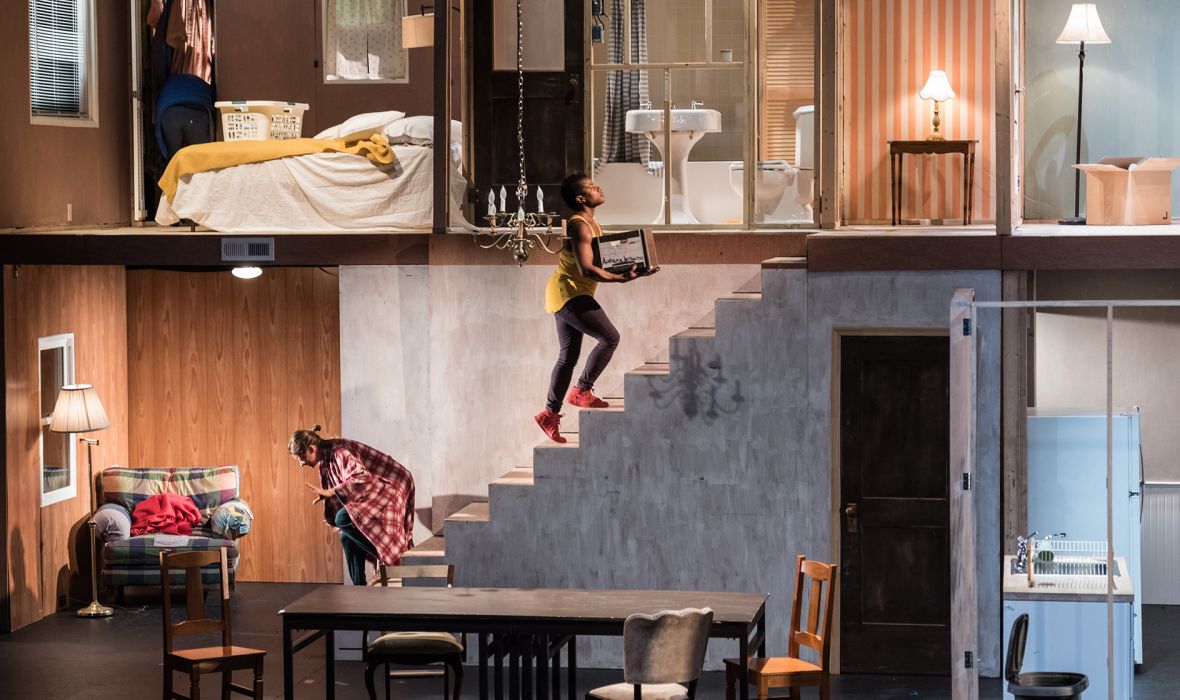 A house party where the whole audience is invited—award-winning absurdist Geoff Sobelle’s visual spectacle is a magical meditation on the meaning of home.

On an empty stage, a house rises before your eyes. People move in, move out. They eat, sleep, love, argue, throw a party—as though everyone who had ever lived in the house was there together, fighting for the fridge. Haunting one habitat, their domestic dance is an overlapping map of successive generations.

This is a moving and miraculous visual poem including live music—from the Hartford Hot Several Brass Band—about the stuff of life.

Dive deeper into the magical nostalgia of HOME here >

See what Beth Morrison Projects is up to