Home Festival Blog What Makes a House a HOME? This Play is the Answer 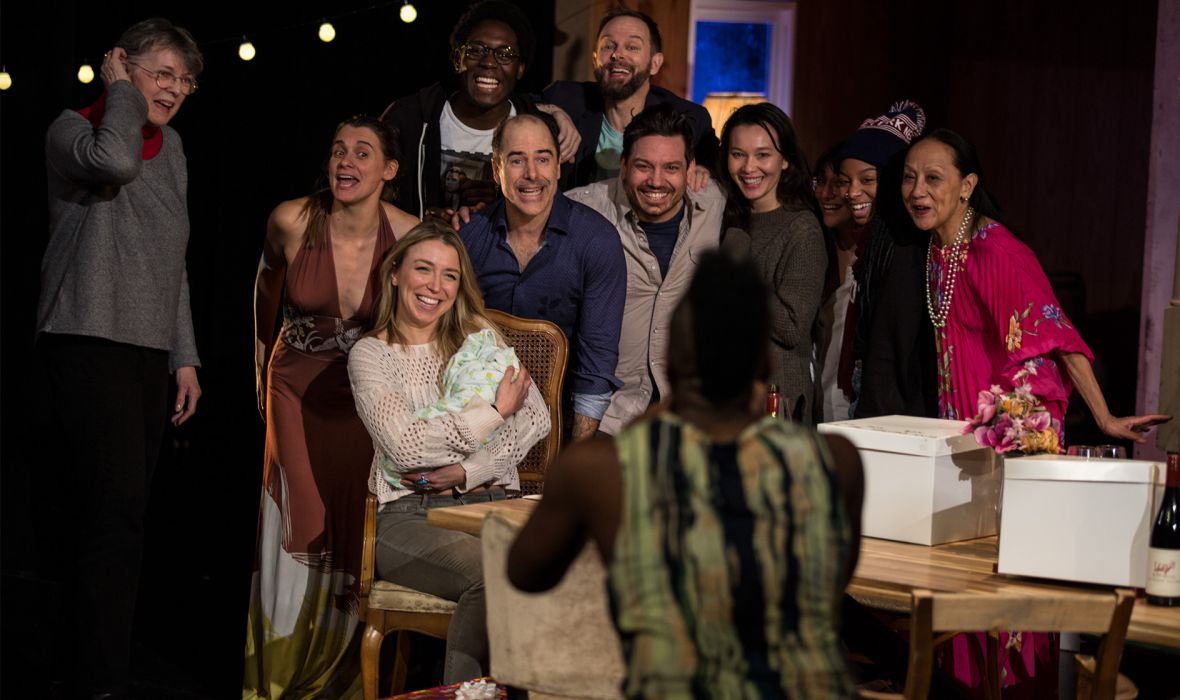 What Makes a House a HOME? This Play is the Answer

HOME is an improvised story brought to life by director Geoff Sobelle, seven featured actors, and you, if you care to join the stage to meet your new roommates. Jean West, guest writer for Deadline News, talks of her unanticipated cameo in the play as a new bride, celebrating the cast’s ability to “blur the lines between themselves and the audience.” The performance revolves around the memories of home-making, starting a family, and following mundane rituals in the context of one house. As it is built before our eyes, we get a sense of how the space impacts the people, and how those people impact the inhabitants to follow.

“Following the routines and even personal ablutions of the cast members, who are largely unscripted, is as gripping as any Discovery Channel lens on human anthropology,” West affirms. Sobelle welcomes us home to take part in the staging of the cycle of life and appreciate the spaces we occupy. As West says, “what may seem to be just a static structure takes on its own life form.” Read the review >

HOME teases our understanding of life, indicating links between our sense of self, definition of living, and association with environment. FBi Radio contributor Sean Maroney relishes the comedy that happens naturally throughout the production. So many strangers’ bodies occupying the same bathroom or bed is truly absurd, but the absurdity is delivered from the mundane yet “mad carousel of daily life”, as Maroney explains. The show effectively has no dialogue, yet is still successful in “evoking the cluelessness inherent in building that house of our own, in creating or acquiring a concrete physical place of belonging despite our ignorance as to the life … yet to unfold within its walls.”

Sobelle’s direction steers us into contemplating the repetition of humanity, the construction of the house, the concept of home, and the boundaries of the stage, simultaneously opening our eyes to those things in our own lives. The open, simplistic setting invites the viewer’s imagination to reflect personal memories in the rooms on stage. Maroney believes that through HOME, “We see our own home ... the marks we’ve made in the carpets and kitchen, the memories we’ve forged burnt into every part.” Read the review >