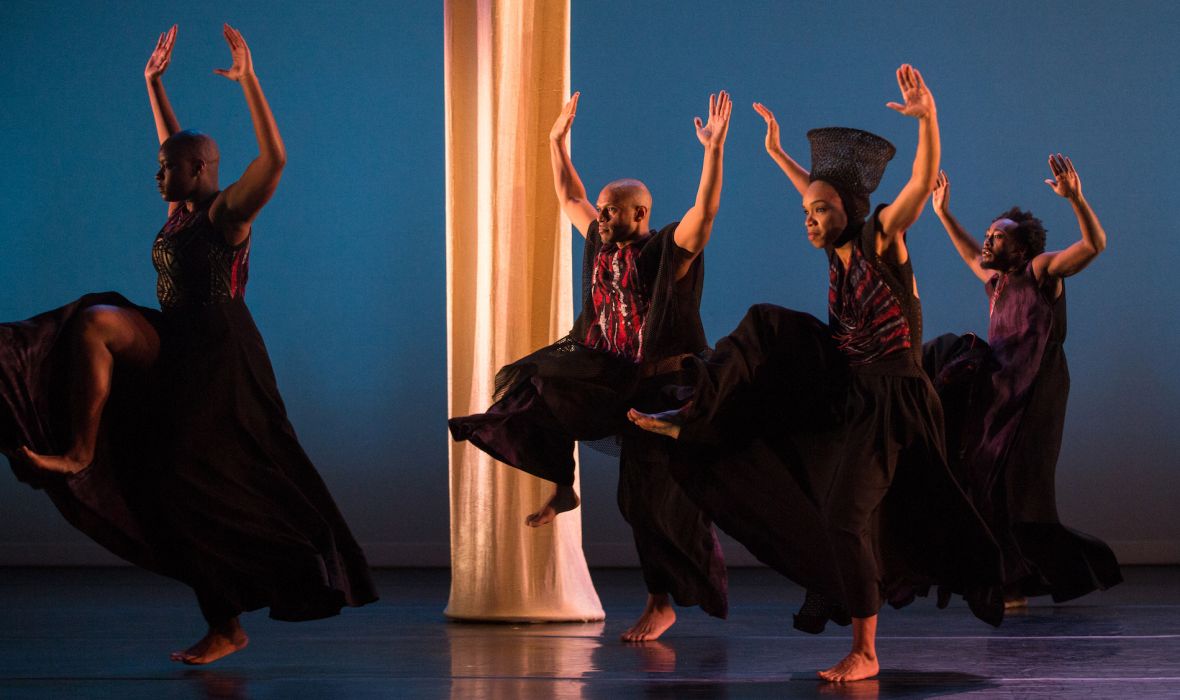 The Equality of Night and Day: First Glimpse by Ronald K. Brown

Liberation, community responsibility, issues of spirituality, human struggle...in the world of choreographer Ronald K. Brown, these serious topics are best explored through music, movement, spoken word, and sensory connections. Founded in Brooklyn in 1985, Evidence, Brown’s dance company, integrates traditional African dance with contemporary choreography and spoken word, resulting in a performance style described as “flexible, richly expressive and irresistibly kinetic” (The New York Times). Brown uses movement to reinforce the importance of community in African American culture and to acquaint audiences with the beauty of traditional African forms and rhythms. He is an advocate for the growth of the African American dance community and is instrumental in encouraging young dancers to choreograph and to develop careers in dance. The Equality of Night and Day: First Glimpse, a new piece by Brown and Evidence, will be performed on the mainstage.

Don't miss the opportunity to participate in virtual workshops with Ronald K. Brown.

This presentation of The Equality of Night and Day: First Glimpse was made possible by the New England Foundation for the Arts' National Dance Project, with lead funding from the Doris Duke Charitable Foundation and The Andrew W. Mellon Foundation.

Watch a clip of Ronald K. Brown/EVIDENCE, A DANCE COMPANY at Joyce Theater.

Founded by Ronald K. Brown in 1985 and based in Brooklyn, EVIDENCE, A DANCE COMPANY focuses on the fusion of African dance with contemporary choreography and spoken word. This work provides a unique view of human struggles, tragedies, and triumphs. Brown uses movement as a way to reinforce the importance of community in African American culture and to acquaint audiences with the beauty of African forms and rhythms. EVIDENCE tours to some 30 communities in the United States annually. The company has traveled to Cuba, Brazil, England, France, Greece, Hungary, Hawaii, Ireland, Holland, Mexico, Columbia, South Africa, Nigeria, Senegal, and in 2010 joined the U.S. State Department’s DanceMotion USAsm  tour to perform works, teach master classes, and conduct demonstrations. Annually, the company reaches an audience of more than 30,000.